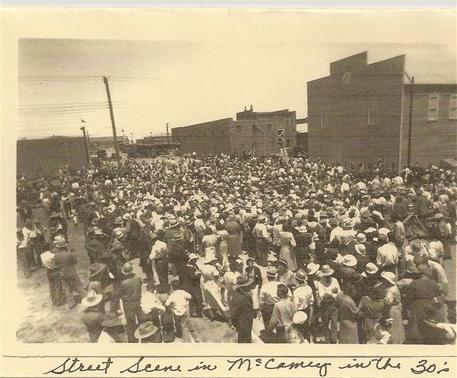 On January 14, 1927, the Rev. J. C. Evans of Rankin came to McCamey to organize a Methodist Church.  On the second Sunday in June, 1927, Thirteen Methodists met in the old Queen Theater (which was located on 5th Street, west of Burleson Ave.) and became charter members of the McCamey Methodist Church.

For eighty-four years this congregation has gathered to worship God, nurture each other, and serve the community in the name of the Lord.

Come, join us as we continue to write the history of the First United Methodist Church in McCamey, Texas!

The early years: Building of the original church structure began in May 1927 and was completed in September 1927.  The building, located on the corner of Johns & W. 6th Streets had no chairs and benches were made using boards laid across nail kegs.  In October 1927, the Women's Missionary Society (forerunner of today's UMW) bought seats from a theater in San Angelo for $468.00 (plus freight).  Rev. Evans (who also served the church in Rankin) would come on alternate Sunday to lead the worship services.

Beginning in 1928, the church became a full-time appointment with regular worship services.  Originally, the parsonage was located at 318 W. 6th Street and later was located adjacent to the church building when Rev. Mann was pastor.  A two-story educational building was added during the pastorate of Rev. F.M. Wheat.

The music ministry began with Mrs. Grubbs as the first regular pianist with Mr. H.B. Edwards serving as the song leader.  The first organ was purchased in 1950 with Miss Zetta Fay Anderson serving as the organist.  Mrs. Bill Darby served as the choir director when the choir was organized in 1950.

The last service was conducted in the old Methodist Church took place on December 16, 1956.  After 29 years (and three months), the following records were noted:

The new church building:  The ground-breaking ceremony for the current church building was held on June 5, 1955 on two acres which donated by Mr. C.W. Brown.  The new church plant consisted on a sanctuary which seated 300 with an overflow area for an additional 200 and a balcony with a capacity of 150.  Eighteen Sunday School rooms, kitchen, 175-seat fellowship hall, three restrooms, a parlor, pastor's study, church office and double nursery completed this wonderful facility.  Value of the 10,000 square feet building was approximately $150,000.

Between 400-500 people attended the first service on December 23, 1956.  At the time, the congregation numbered 425 with an average Sunday School attendance of 200.  Mrs. C.C. Carll directed the choir with Mrs. Lewis West providing a solo and Miss Barbara Kendall playing the organ at this first service.

The "formal opening" of the new building took place on March 24, 1957 with 425 in attendance.  The day began with Sunday School at 9:45 a.m. and worship at 10:50 a.m.  Participants in the all-day event included Dr. L. Eugene Harris of the San Angelo District who spoke at the morning worship service; Harvey Jacobsen, who led the song service, and a reading of the church history by Mrs. George Ramer.  A basket dinner was served at noon with nearly 300 sharing in the festive meal and fellowship.

An afternoon program was given over to hymns, welcoming speeches, Mrs. H.L. Wheat provided a solo which was well received.

The was only one unlpeasant feature to marr an otherwise wonderful day.  The day dawned with stong winds blowing from the north and ladened with fine dust, which grew steadily worse as the day advanced.  The visibility was cut to about 3/4 of a mile by the time the sun came up and at times during the day it was reduced to zero.  Traffic was stopped on the highways in many places for short periods of time due to the blowing dust and everything and everybody in and about the church was dust covered many times during the day.  Before closing the afternoon program, the pastor, Rev. Arthur Kendall, announced that there would be no evening worship service due to the almost impenetrable and choaking dust, driven by winds that reached speeds of fifty miles per hour in gusts.

The Service of Dedication (marking the burning of the church's mortgage) of the First Methodist Church of McCamey was held on the 26th day of June 1966, with Bishop O. Eugene Slater, presiding bishop of the Northwest Texas Conference, as guest speaker, the Rev. Kermit Gibbons, San Angelo District Superintendent, the Rev. Wesley N. Schulze, pastor, Mrs. H.J. Wheat at the organ and Mrs. C.C. Carll as choir director.

More history will be added in the coming months. 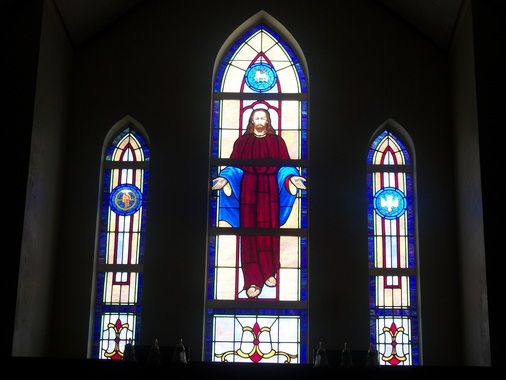 The stained glass window at the west end of the sanctuary (above the choir loft) was installed in 1956.

Art Glass & Mirror Company of Grand Prarie, Texas was awarded the contract to provide this beautiful set of windows (and the frosted windows along the side of the sanctuary) for the sum of $1,794.10. 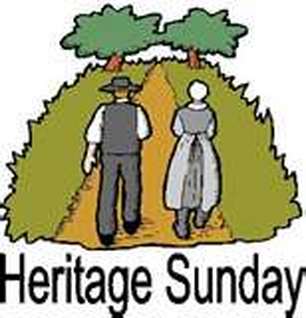 The following were recognized during the May 22 (2011) worship service at First UMC – McCamey: